Taking an analytical look at the RWC 2019 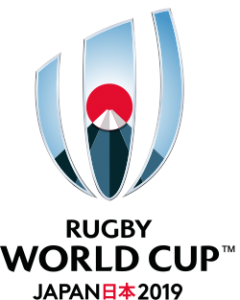 After England’s defeat to South Africa in the Rugby World Cup final – an upset which shocked both professional pundits, former players and even the bookmakers, who had England as strong odds-on favourites, the question on most fans’ minds was how had this happened?

England had swept aside Australia in the quarters followed by a highly fancied New Zealand side in the semi-final, and came into the final with confidence and expectations high, against a South Africa team who had scraped through a gritty semi-final against Wales thanks to a late Handre Pollard penalty.  80 gruelling minutes later and South Africa had taken a ruthless and convincing 32-12 victory.

Following this, we thought we’d have a look at England’s performance through an analytical lens and so, upon considering the data we had available, picked out the 5 key areas where the match was lost:

South African strength at the breakdown:

England managed only 9 turnovers in the final against SA, compared to 15 or more in each of the rest of their World Cup fixtures (Including 18 & 20 in their impressive victories against Australia & NZ respectively). South Africa’s conservative, heavily forward-based play allowed England very few opportunities to seize on mistakes as they had done against other teams.

Kyle Sinckler’s performance against NZ in the semi-final was incredibly disciplined, he didn’t concede a single penalty. His early replacement in the SA game, Dan Cole, was unable to match Sinckler’s level and conceded 4 penalties – 2 more than any other player in the final and 3 more than his opposite number in the SA lineup, Tendai Mtawarira.

One stat they could not overcome, however, was the number of tackles made by the Springboks – 158 to 92, with South Africa’s tackle success rate a staggering 92%. This defensive resilience was highlighted around the 31st minute mark when England threatened within 10 metres of the South African try-line with 26 phases of play, only to be denied a try and having to settle for a penalty instead.

England were unable to utilise their backs in the same way as they managed against other teams in the competition. England’s starting backs covered just 119 metres in possession, which was comfortably their lowest total in the entire competition. They managed 239 metres against New Zealand and 189 metres against Australia in the semi-final and quarter-final respectively. South Africa’s backs managed 282 metres in the final, resulting in two second half tries as England chased points to cut the deficit and South Africa exploited the stretched England defence.

Despite England’s 920kg pack being heavier and more experienced than South Africa’s 900kg pack, a stat which was further increased upon Dan Cole’s inclusion 3 minutes in, England were completely unable to deal with the organisation and power of the South African scrum. South Africa used scrums throughout to control the game and managed to gain 6 penalties from them, 3 of which South Africa’s fly half Handre Pollard converted into points – almost matching England’s total points tally.

Overall England were beaten by a highly physical, well-disciplined and tactically astute team who played entirely to their own strengths and controlled the flow of the game from the first minute. England were ultimately forced into playing South Africa’s game and have lessons they can learn from the match; it remains to be seen whether they do!