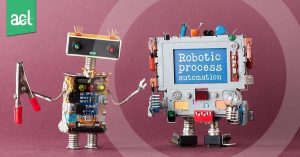 Many of you will have noticed how, seemingly all of a sudden, the finance and accounting professional media, as well as the Big Four publications, are full of references to robotics and robotic process automation (RPA). The idea is a relatively simple one: get computers to perform tasks normally performed by humans, and cut resource and time requirements for many repetitive activities. This seems a natural fit for the world of accounting and finance, where processes typically involve massive volumes of similar transactions and activities.

Of course it’s not a particularly new idea, which makes all the sudden attention very interesting. I recall a government agency that, well over 10 years ago, had a team of six clerical staff to review medical reimbursement claims from healthcare professionals for invalidity or potential fraud. By implementing an automated analytic monitoring system (using ACL) that checked all claims against pre-established rules, they managed to reallocate 80% of the staff to far more productive roles while also identifying a higher rate of invalid claims. This process was referred to as a form of continuous controls monitoring by the agency, though it has much in common with today’s RPA and achieved similar goals of significant cost reduction.

RPA and the overlapping worlds of auditors and financial control specialists
Many of the current examples of RPA are more focused on regular accounting processing (e.g., invoices and payables) than on controlling and auditing, but the forms of processing and analysis and “robotics” remain largely similar. Two questions come to mind in all this:

Why has automated analytics processing in the audit and control profession (call it continuous auditing and continuous monitoring, if you prefer) been used with great success in a number of organisations, but is still far from commonplace?

What does the future look like for RPA in finance and accounting?

There are several explanations in response to the first question, many related to lack of understanding of the people and process issues involved in automated/continuous auditing and monitoring, as well as a scarcity of skilled resources. I would not include a lack of technologies suited to continuous auditing and monitoring as a reason for the slow update—products such as ACL Robotics are specifically designed to perform these tasks.

As for the second question, I think that RPA for finance and accounting will become commonplace. The reason for my confidence is based on RPA not really being anything particularly new—it’s just part of the natural progression in the application of software to repetitive tasks. Though in this case, ones that require a bit more sophistication in terms of dealing with situations that mimic human actions.

The significance for auditors, as well as risk and control professionals, in all of this is that progress in RPA for finance and accounting will increasingly overlap with the requirements for automated auditing and transactional control monitoring. It will become natural to extend robotic accounting transaction processing to include testing and analysis for compliance (with internal controls or regulatory requirements) as well as for risks.

RPA is happening—are you prepared?
This is all likely to mean that automated transaction testing and monitoring analytics will be pushed far more broadly into the first and second lines of defence—which makes good sense. While many audit teams have been using data analytics in an increasingly effective way to test controls and transactions, it’s the responsibility of business and finance managers to make sure that controls are an effective part of risk management and that transactions comply with controls.

Various leaders in the audit profession have recently pointed out the opportunities that exist for the profession as innovators in a rapidly changing world—as well as the risks of failing to adapt. RPA is a great example of an area that is likely to create rapid change in traditional finance and control processes. Auditors need to be on top of this—acting as advisors to their finance and control colleagues to help ensure that RPA is implemented in a smart and well controlled way. At the same time, finance and control leaders need to ensure that they understand enough about RPA to fully prepare for managing the risks that robotic automation can entail.