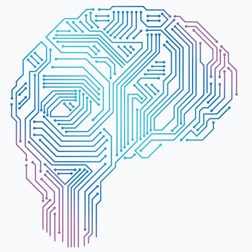 A new report by the Economist Intelligence Unit says that, as AI becomes increasingly embedded in society, it will not only change the businesses that adopt it, but will also have significant economic, social and civic effects on citizens and consumers.

Artificial intelligence (AI) is moving from the realm of science fiction to real-world adoption in private and public-sector organisations globally. A new report by the Economist Intelligence Unit says that, as AI becomes increasingly embedded in society, it will not only change the businesses that adopt it, but will also have significant economic, social and civic effects on citizens and consumers.

National and regional economies will become more intelligent in the ways they produce and distribute goods and services. But, it says, such transformations will also introduce new challenges – for example, protecting the rights of workers whose jobs may be replaced by automation.

The adoption of AI is also happening at different speeds in different countries and  regions. Access and implementation of AI will be determined by those countries’ access to resources, capacity for innovation and the readiness of business and citizens to embrace the technology.

The research, which was sponsored by Microsoft, is based on a survey of more than 400 business executives at organisations in eight key markets: France, Germany, Mexico, Poland, South Africa, Thailand, the UK and the US. Its aim is to help senior business and public-sector leaders understand the significant social potential of AI across industries and countries, with special attention devoted to the differences between advanced and emerging markets.

Key findings include:
Respondents are optimistic about the economic benefits that AI will bring. Over the next five years, survey respondents expected AI to have a positive impact on growth (90 per cent), productivity (86 per cent), innovation (84 per cent) and job creation (69 per cent) in their country and industry.

Both private and public-sector organisations consider AI essential to business strategy. More than nine out of ten respondents (94 per cent) described AI as important to solving their organisations’ strategic challenges, with 57 per cent saying that it was “somewhat” important and a further 37 per cent characterising it as “very” important.

The race to adopt and implement AI in business processes has already begun. More than one in four respondents (27 per cent) said their organisations had already incorporated the technology into key processes and services, while another 46 per cent had one or more AI pilot projects under way.

Despite their optimism, businessess recognise several major obstacles to leveraging AI successfully. When asked what major risks they see when adopting or increasing the use of AI, cost or financial risk topped the list, cited by 42 per cent of respondents. Next came execution risk – 36 per cent said their organisation may not have the necessary resources to implement AI effectively. Workforce challenges followed closely, such as persuading employees to adopt new technology or learn new skills (35 per cent), and security (32 per cent).

We use cookies to ensure that we give you the best experience on our website. We may also use third party cookies, such as Google and Oracle to help improve our visitor analysis. Click to accept DataConsulting cookies.OKClick here to refuse third party non functional cookies.Read more