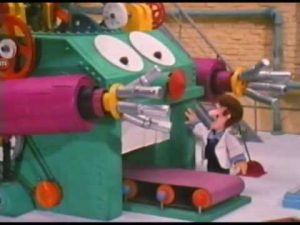 The concept of Big Data is here to stay. Furthermore, as technology advances and computing power and computing speed increases, data analysts will be able to improve on the type, caliber, and quality of the statistical information that is derived from the raw data.

As described above, the data that is undergone the ETL process and is loaded into a data warehouse can be used for a variety of functions. One of the more popular applications is to build a predictive analysis model or a neural network that will answer questions about the future. These issues or questions depend on the industry that is utilising the neural network to provide the predictive analysis.

Before we look at a practical example of how a neural network is used to provide forecast information based on existing data, let’s define what the terms “machine learning”, “predictive analytics”, and “neural networks” are:

Predictive analytics
Predictive analytics is the practice of extracting information from existing data sets, to determine patterns and predict future outcomes and trends. It is important to note that the aim of predictive analytics does not state what will happen in the future. It predicts or forecasts what might occur with an “acceptable level of reliability, and includes ‘what-if scenarios’ and risk assessment.

Neural networks
In simple terms, a neural network or artificial neural network is a computing system made up of a number of simple, highly interconnected processing elements, which process information by their dynamic state response to external inputs.
It is a type of deep learning technology that, when utilised in the corporate world, tends to focus on solving complex predictive analysis problems using pattern recognition methodologies. Neural network models are also used in weather prediction, facial recognition, oil exploration data analysis, and text-to-speech transcriptions.

It should be noted that for a neural network pattern recognition model to predict or forecast future trends as accurately as possible, substantial amounts of data are needed to train the model.

As mentioned above, an artificial neural network is similar to the human brain in that it is constructed from a collection of nodes (called neurons) with links or synapses connecting them.

A neural network is organised into three layers: the input layer, a number hidden or inner layers, and the output layer.
The hidden layers are necessary to make sense of complex input data. In essence, the more complicated the input data, the greater the number of inner layers that are needed to understand the data and produce valuable output.

The number of nodes in each hidden layer is also dependent on the complexity of the data. Each node is in actual fact a weighting which determines the strength of the input in relation to the output. In order to calculate the output based on the node’s weighting factor, all input variables need to consist of numerical data. Text or categorical data cannot be used.

Due to the complex nature of the neural network’s calculations, we won’t go into detail here. All we need to understand is that part of building the model is to test it using known outputs to determine whether it produces the correct results or not.

As the quotation mentioned above by Arthur C. Clark states, a successfully built artificial neural network produces magical results that go a long way towards providing possible solutions to the questions that are asked of it. Simple.