How one CEO helps serve, conserve and preserve! 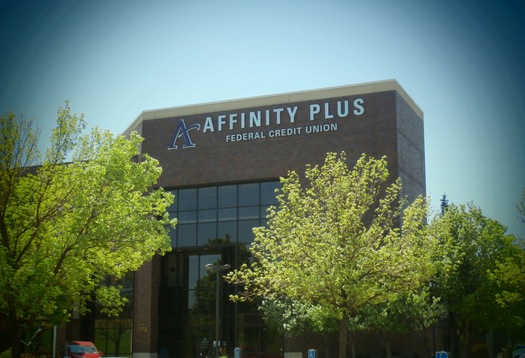 Affinity Plus Federal Credit Union tapped into its large data warehouse to identify members who could benefit from refinancing their mortgages.

For years, Affinity Plus Federal Credit Union has maintained a large data warehouse of information to track various details of its financial services. But the statistics were only used for internal reports.

That changed late last year when the St. Paul-based credit union used information from the database to identify 1,400 members who would benefit from refinancing into short-term mortgages. To date, members who refinanced will save more than $2.6 million and the bank has written $28 million in new loans.

“I’m a big believer that data is data; it’s really what you do with it that matters,” said Affinity President and CEO Dave Larson in an interview. “We recognized an opportunity to look at the data in a way that we could proactively reach out to members and save them money.”

Affinity’s experience is part of a larger trend of financial service providers investing more in “big data” initiatives to help the banks and their customers make better-informed decisions.

Last summer, Affinity hired a data scientist who helped the company examine how to leverage its information to provide outreach to credit union members, Larson said. The company’s data analysts meet with the data scientist on a regular basis.

The refinancing campaign was the first outreach initiative to come out of the change.

The response rate to the effort to reach select members to refinance has been higher than when the credit union used less targeted campaigns like mass mailings, Larson said.

He said he hopes more opportunities arise to better use data.

Affinity said in a news release late last year that it made “significant investments in technology and resources” to enhance service through data analysis. Larson did not elaborate on how much money the credit union has spent.

Affinity’s efforts “exemplify to everybody the kinds of opportunities that are sitting there in the tremendous amounts of data that we have, but often we don’t know what to do with,” said Ravi Bapna, professor of business analytics and information systems at the Carlson School of Management at the University of Minnesota.

“The opportunities to create these types of win-win situations are tremendous, and I think we’re only starting to scratch the surface right now,” he said.

Bapna said he believes that the financial services sector is still in the early stages of taking advantage of big data and that new strides require cross-functional teams made up of people with the right data-engineering and data-modeling skills and top executives who understand the potential of analytics.

Plus, some institutions, especially larger banks, have IT systems that are not optimized for analytics and will need an overhaul to provide the information needed, he said.

“Really understanding customers as they interact across your channels is definitely one thing that banking is really trying to do,” said David Mathias, an associate at reinsurance broker TigerRisk Partners and a board member of MinneAnalytics, a nonprofit that serves the state’s data science and analytics community.

Mathias, who formerly was an information security manager at a large retail bank, said that while the retail sector has progressed toward more personalized, multichannel approaches to engaging with customers, banks that are burdened with antiquated systems and regulatory hurdles are still playing catch-up.

Banks and credit unions are facing new competitors that can be more data savvy, Ablack said. The industry is “under tremendous siege,” he said.

As mobile banking becomes more popular, financial institutions will have to be able to customize their offerings for consumers, which requires data analytics, Ablack said.

“This is where it’s all headed,” he said.