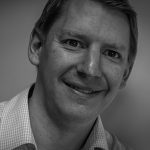 So here it is, the 2018 FIFA World Cup in Russia has officially kicked off and, with it, the hopes and expectations of many a nation they’ll lift the fabled trophy!

Now being a staunch Liverpool supporter myself (don’t mention the Champions League anyone!), it never ceases to amaze me that, all season long, England fans are, generally, the greatest of rivals, but come the time of the World Cup or the Euro’s, for that matter, we all become united (and NO! that wasn’t easy for me to say!)

Everyone, of course, has their own opinions on England, who should start, what the formation should/will look like, the group itself and how it’s all going to unfold but, from my perspective, similarly to the approach to data analytics really, it’s all about taking small steps from the outset, getting to grips with the basics, building a platform and trying not to get too ahead of the game, early doors, by thinking beyond our experiences and capabilities.

Whether it be football or data analytics, it’s imperative to have a good, solid, balanced team in place, control, access to solutions that have a proven track record and, most importantly, the support of those around you to help maintain momentum and enthusiasm.

So, back to the World Cup and in the true spirit of the game, completely free from any bias, I’ve pulled together a bit of a World Cup dream team here who, I think you’ll agree, will show no Mersey!:-

(This is a personal opinion and does not reflect the views of DataConsulting.)