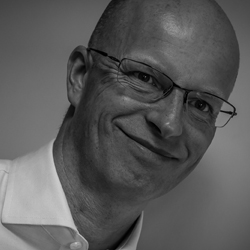 ent times have seen a big surge in interest in data and in particular data analytics.  Data is the modern written word and its volume is ever increasing with servers around the world creaking under the pressure of an ever expanding data universe. Data analytics is evolving into a new profession and one that many graduates coming onto the job market see as a viable career option.  A number of universities are now offering data analytics as a dedicated degree option.  Accountants and auditors can’t ignore data analytics as they can save time and highlight otherwise hidden issues.  I’ve been witness to auditor appointments where the client has based their selection quite heavily on the auditor’s data analytics capabilities.

I first came across data analytics at university in the late 80s’ and early 90’s when I was introduced to what is probably the most well know data analytics software language – SQL which stands for Structured Query Language.  SQL has been around for many decades and defines the standard on which many current data analytics softwares are based.  It is also still widely used and probably still ranks as the number one language used for asking questions of data.

Although relatively easy to understand in its simplest form SQL is not an ideal tool for those wishing to perform data analytics whose background is non-technical.  After university I took up a role at an accounting firm in 1994 who were looking for dedicated data analytics specialists who could support client engagements, mainly audit, with data analytics expertise.

I was introduced to a data analytics software called ACL. ACL has similar traits to SQL but it has been developed to be used by auditors rather than those from a programming background.  My first task with ACL was to build an aged debtor’s report as one of the clients being audited was unable to produce one from their system.  I came to be a proficient ACL user and I still continue to use it to this day.  It’s changed quite a lot since my early days of using it but a lot of the principles have remained the same.

I spent 11 years working as a data analytics specialist in the accounting firm before setting up my own organisation, DataConsulting, in 2007.  My motivation for setting up DataConsulting was a recognition that many in-house non-IT functions such as Internal Audit, Compliance and Finance needed support with getting more from their own data.  Data analytics is still a challenge for many teams.  Despite advances in data analytics softwares there can still be hurdles which need to be overcome to allow successful data analytics to be developed and deployed.  The number one issue tends to be getting access to data.  Often IT departments are reluctant to grant access to data as, amongst other reasons, they have concerns over the impact on system performance as the process of pulling data from systems will draw on system resource.

Though sometimes difficult to implement, once installed data analytics can reveal insights that would be difficult to show through any other method.  System generated reports are useful but are often set in stone and difficult to refine.  Data analysis finds that needle in the haystack as well as presenting large volumes of data in a concise way to allow conclusions and ultimately decisions to be made from the data.  More recent innovations around data analytics provide the ability to visualise data and not just through simple bar or pie charts.  A whole range of visualisation techniques are possible from bubble charts to tree diagrams.

Another advancement is in the area of predictive analytics.  These methods allow predictions to be made based on historic data implying that issues can be addressed before they actually occur.

It’s not difficult to get started in data analytics as applications such as Excel have data analytics capabilities but to really get going some thought should be given to the technology required and the people who need to be able to drive data analytics so it doesn’t fall at the first hurdle.

The Analytics Capability Model (ACM) can help guide you through the process of building up a data analytics capability.  ACM is a framework for assessing different levels of analytic techniques and associated benefits.  The model illustrates five progressive levels through which a business department should be looking to evolve its use of analytics, and outlines the fundamental building blocks, in terms of:

The model was developed to help organisations more clearly evaluate their use of analytics and to better understand, plan and communicate what needs to be done to achieve and increase benefits and success.

The ACM framework effectively provides the building blocks needed for the foundations of a successful data analytics programme.

The title of this article states the question ‘time to take action?’ I would suggest that if data analytics is not already part of your game plan that you should seriously start to think about adding it to your armoury.

DataConsulting is passionate about helping organisations to be successful with data analytics especially when it leads them to growth and increased profitability i.e. tangible results.