The task of planning and arranging the day was handed to a Christmas Commitee, consisting of myself and Sam, DC’s newest recruits, as well as to the more experienced Alex and Manjit, who made sure all events and plans remained secret from the rest of the team. Some found this a difficult situation to handle so tried all manner of tricks to find out the details!

So after weeks of preparation, the day of our Christmas Do arrived and there was an immediate sense of excitement when I entered the office. It was arranged to begin at 10am, to allow time for setting up as well as catching up on any unanswered emails and bits of work, but predictably, the festivities were delayed. Come 11am the entire team were summoned downstairs and what welcomed them was a fully decorated room which included balloons, Christmas face masks, an assortment of food and drink, along with Christmas-wrapped tables, on which there were party poppers, team names and pens.  This of course, signalled the start of our first event – the annual DataConsulting Christmas Quiz!

As the quiz master, I tried to make the questions and rounds highly different to suit all types of knowledge, but in the end, Sarah’s team which included Alex, David and Ian triumphed by a comfortable 10 points.  A defining point in the game proved to be the Games Round when Sarah’s team stretched their lead during a game of Balderdash (highly recommended if you haven’t played before). The winning team were rewarded with an alternative ‘prize’ – an assortment of ‘I’m a Celebrity’ esc treats which included bamboo worms and crickets. After some hesitation, the winning team got stuck in before curiosity persuaded the rest to tuck in also, although, admittedly, I’m doubtful of whether many went back for seconds! Despite the fierce contest, spirits were incredibly high and everyone remained excited for the festivities to continue, which included a round of beer-pong! 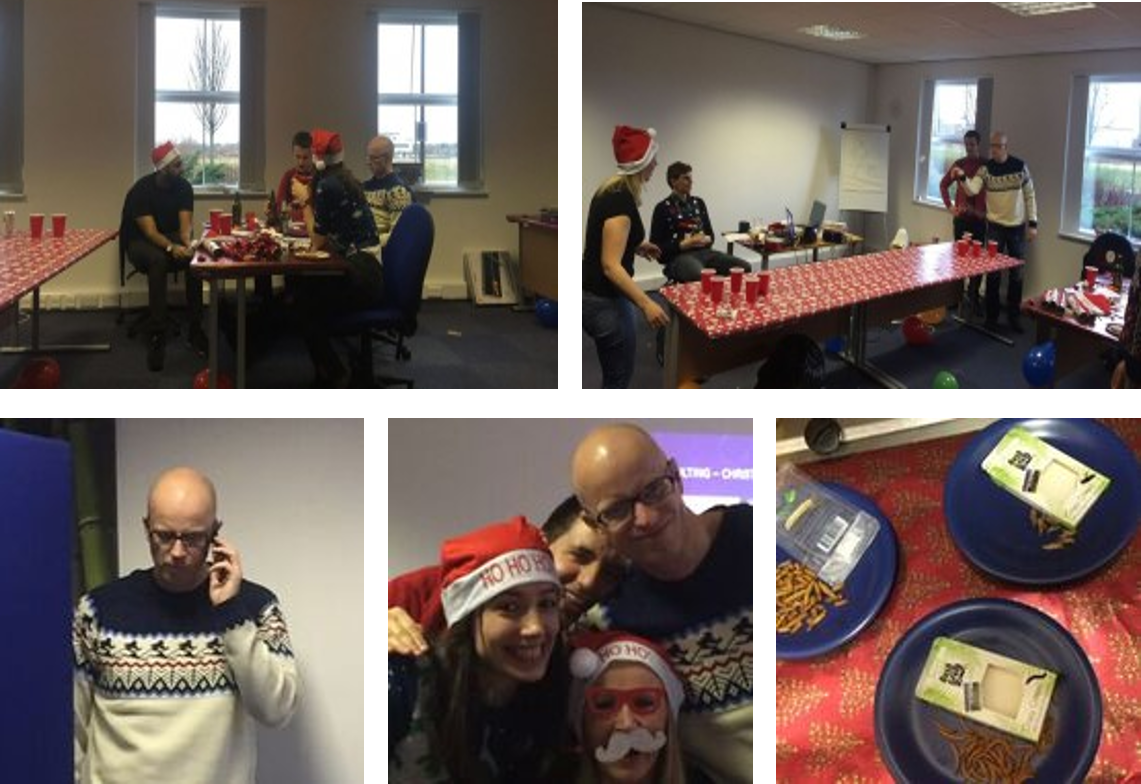 After the quiz, we then proceeded to head north up the M1 to Leeds; the Christmas Committee remained calm and did not reveal the details of the events to follow. However, despite Alex’s and, in particular, Sam’s best efforts of telling her otherwise, Bes guessed that we had planned to go to a cocktail making class and so she proved to be right!

It was a new experience for all of us and it appeared that we were all naturals, or maybe it was just beginners luck! Ian, however, definitely exhibited signs that it was not his first time, oozing confidence as well as shaking and decanting the mixer like a seasoned professional. 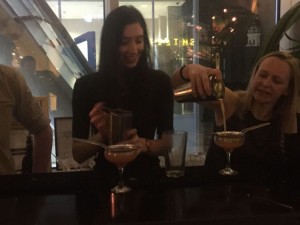 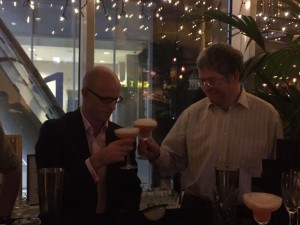 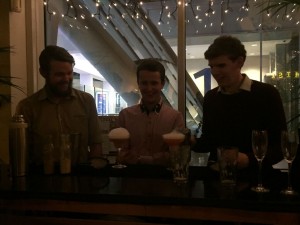 The day had so far been a great success, although the highlight for me was still to come – our evening meal. We had planned to go to ‘Bem Brasil’ in the centre of Leeds. We were able to feast on an endless supply of high quality Brazilian meats and were permitted to visit the banquet buffet, which was full of delicious sides, as many times as our stomachs could handle. Ultimately, however, we had to admit defeat and turn our green card over to red to signal to the waiters to stop bringing more food.

The time then came for some to say their goodbyes and head home, although with stomachs brimmed to the top a good sleep did then seem very appealing! A few of us brave soles decided to soldier on and head to a couple of bars before calling it a night on what was a most enjoyable day; here’s to next years! 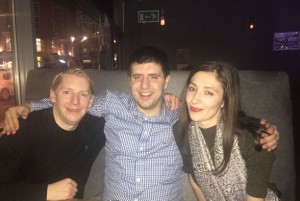 We’re always open to new ideas so if you had a memorable Christmas Do, feel free to get in touch and let us know you what did!