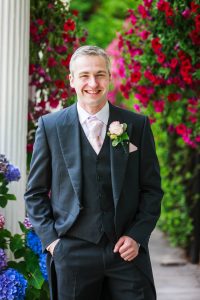 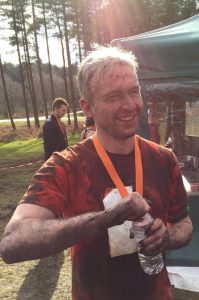 DataConsulting has recently appointed Robert Graham (pictured above) as the new Sales and Marketing Manager, he’s got some great experience and we are sure he’ll be a valuable addition to the team. Take a look at this Q&A to get to know him.

Where do you come from?

I’m a born and bred Yorkshireman. I grew up in Heckmondwike, which is a market town in the heavy woollen district of West Yorkshire. I’ve moved around over the year’s but finally settled in South Leeds. It’s a great location with good access to a vibrant city and close to some beautiful national parks.

You’re the new DataConsulting Sales and Marketing Manager, have you always been involved in that sector?

I studied Marketing at University, so yes, it has always been my aim to work in marketing but not always business to business. I started off in Financial services at first direct before moving to a specialist digital agency in Leeds. After that I got into business to business moving through process engineering and construction software before making my way to DataConsulting,

No matter what industry I’ve been involved in I think the principles remain the same and I love the interaction you can generate with customers in this role.

Outside of work what do you like to get up to?

Until very recently I would have said football but I don’t get to play as much as I did, the knees are going. I still play the odd game of five a side when I can. I enjoy listening to music (and singing along in the car) and have a fairly eclectic taste ranging from brass bands to the Beach Boys.

In my spare time I also volunteer as a listener at the Leeds branch of Samaritans.

Who was your idol growing up?

When I was a child I loved Steve McQueen, I just thought he was effortlessly cool. I was hoping to recreate the famous car chase from Bullitt during a recent trip to San Francisco but it turns out you just can’t do that in a people carrier.
I also idolised Mark Wright during the 1990 World Cup and have spent the past 25 year’s trying to emulate his playing style (with limited to no effect)

I really want to take a flight in a hot air balloon someday.

What’s your favourite film and book?

Almost impossible to pick one but if I was pushed I would say Casino Royale, the first Daniel Craig incarnation of James Bond and The Running Man by Richard Bachman (Stephen King)

There’re quite a few I don’t think I should share, but one thing I am quite proud of is representing England as part of the football team that competed in the 2006 Gay Games in Chicago.

It’s great to have Rob on board here at DataConsulting, if you’d like to get in touch with him please feel free to send him a message on robert.graham@www.dataconsulting.co.uk