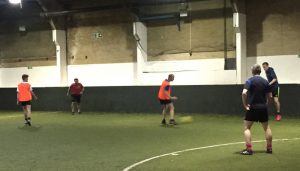 Anybody who has worked with Robin Clough over the past 10 years will know about his passion for sports and healthy living (and beer). It’s not a pre-requisite for working with DataConsulting but nearly everyone keeps fit in one way or another, that might be through cycling, running, football and even a spot of Tai chi. But the biggest development in the past few months has been the weekly DataConsulting game of five a side football which has swiftly become one of the major topics of conversation in the office.

From a shaky start in the first few weeks players have started to settle, I’ll let you decide which of the team fits into each position but it’s fair to say we have unearthed players with flair, pace, stamina and an eye for goal. Sadly not all in one player but like the mighty morphin power rangers, if you put us all together it’s a formidable team. We were recently challenged to a game by our neighbors on the Calder Park commercial park and we decided we were up for the challenge. After a bright start things ended poorly for DC United, but not ones to shirk a challenge we agreed to a rematch, which went pretty much the same way to be fair. But there is definite signs of improvement and the first win is just around the corner, especially now we’ve discovered a North American goalkeeper, well they do play football with their hands. 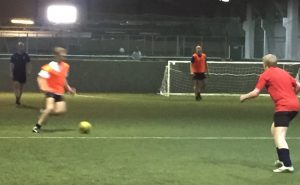 We generally play Fridays so if you’re ever around our offices and fancy a game, everyone is more than welcome. And if you think your works team can take us on, which they probably can, then we’d be happy to give you a game. Probably followed by beers in the pub.