Friday the 1st December was the first in what we hope will be an annual event for data analytic enthusiasts in and around London. After a lot of organisation and planning the day was finally upon us and Robin, David and myself awoke early on Friday morning to brave the 05:44 train from Wakefield to London. When we made a similar journey last year for the ACL user day there was an inch of snow settling, and with temperatures dropping the same scenario was expected. Luckily this year there was nothing more than a chill to the still dark air. Things weren’t going fully our way though as the Wakefield Westgate branch of Costa failed to open that morning, we would have to wait for our caffeine hit.

The journey down was uneventful, although we received a few looks from early morning commuters wondering what was in the long thin bag I was carrying, luckily tube carriages are the perfect height for a two metre long banner to stand upright quite comfortably. We arrived safely at the Finsbury square offices of Grant Thornton, who had kindly allowed us to use their meeting space, to fins dome delegates bright and early and already waiting for us. In all 46 people attended our first event, some old faces and some we had never met before and everyone in a slightly different place on the data maturity curve. 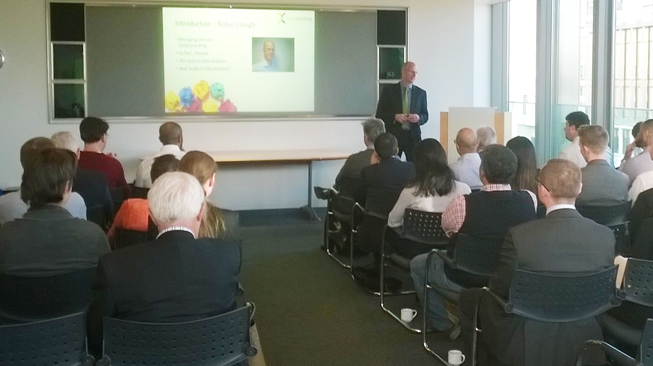 After we got the formalities out of the way DataConsulting’s Managing Director, Robin, started proceedings with an introduction to data and data analytics. There were a few chuckles as Robin described himself as the Bear Grylls of data analytics before going to to describe ‘Data as the new oil’ The concept of data as the new oil has been doing he rounds for a little while now, with various interpretations but Robin discusses the challenges faced with:

To do all these things you need various tools, skills and processes and Robin made a whistlestop tour around some of the more common. His presentation was followed up by our first guest speaker, David Britain, Data Analytics Consultant at Royal Mail group, who discussed the key to smarter data analytics. In particular he discussed using the 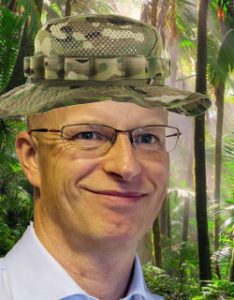 ‘machine’ to a lot of the ‘heavy lifting’ and repetitive tasks so that people can spend their time finessing and understanding the results.

Our final presentaton came courtesy of Martin Riedl, joint CEO of SAP experts dab who gave us a brief introduction to SAP and some of the common pitfalls to look out for.

Everything was wrapped up in time for lunch and most people stayed on for a bite to eat and to talk to colleagues and share ideas. All in all it was a great day and fantastic to see so many people keen in the world of data analytics.

The presentations given on the day are also available to download.