A couple of weeks ago I had the pleasure of attending ACL’s annual user event, ACL Connections, in Schaumburg, which is just outside of Chicago in Illinois, USA. It was a really well attended event and gave me the opportunity to meet a wide range of ACL’s customers and get under the skin of what makes them tick.

I must admit, I felt like a little bit of an imposter at times as I was probably the only person there that has actually never used ACL software, didn’t work in Audit or Compliance, and probably never would. I got a lot of quizzical looks and questions of “what are you doing here?” and my response was often accompanied with a polite smile and a nod from those that struggled to understand a West Yorkshire accent (the comparison to Brad Pitt in Guy Ritchie’s film Snatch might be taking things a little too far).

So why was I there?

For those of you who don’t yet know me, my background isn’t in Audit, Compliance or Fraud, like many of ACL’s users are, but in Sales and Marketing. So it is incredibly beneficial for me to talk to people like you who work in these areas and find out as much as I can about your day to day work. By better understanding your needs we can continue to provide the best service for you here at DataConsulting.

And from my conversations around the conference three main themes came out:

1.       You personally don’t have the time to do everything you want to do,
2.       You don’t have the resource available to try new things,
3.       You’re not sure what else you could be doing with the data you have, often just because you’re so close to the details you can’t see the wood for the trees.

A lot of this was music to my ears because, although I don’t understand the complexities of what our customers do, I understand these frustrations and it’s overcoming these three areas that DataConsulting does best.

Sitting with the C Suite

One of the terms that I heard often was getting a chair with the C-Suite. This was an unusual term to me but I came to understand that it meant being part of the senior management team and providing value to them. They’re called the C-Suite because everyone at this level has a ‘C’ at the beginning of their job title, Chief Executive, Chief Financial Officer, Chief Risk Officer, Chairman etc.

Among ACL’s main objectives is making their users the most sought out after people in the company and I think this makes sense, you really should be. ACL users can do much more than simply providing the last line of defence (which is what I previously thought) but offer meaningful insight into business performance. With new tools being added to the software and data visualisation becoming increasingly common place it is getting easier and easier to add huge value to decisions being made at board level. The only thing holding people back is time and know-how. 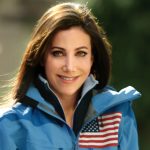 Levine gave a talk about her two Everest expeditions, the first of which was unsuccessful. Well, people may say it was unsuccessful because she didn’t quite reach the summit, bad weather meant that she had to make the decision to turn back when the goal was in reach. But as Alison pointed out, reaching the summit was optional, getting back down alive was mandatory so I can totally agree with her that her expedition was a success and her story was extremely inspirational to everyone in the room.

What did I take away from ACL Connections this year? 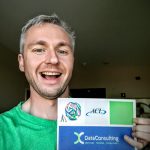 For me it was the appreciation of the everyday challenges of ACL users, not with the software, but in general terms. After this I took a lot from Alison’s presentation, especially about the need to sometimes work backwards in order to keep moving forwards.

For other people attending the conference I hope that they discovered something new within ACL and went back to their offices inspired to try different things, ask for more resource and confident that they are having a positive effect on their organisations.

Monday, October 3, 2016 In: Uncategorized Comments (None)