February 28th marked the date of the 88th Academy Awards ceremony, and despite the event occurring under a cloud of representational controversy, the big night was by all accounts, a resounding success, attributed largely to Chris Rock’s performance as host.

The main talking point from the results was of course, Leonardo DiCaprio’s long awaited Best Actor Award for his gripping representation of Hugh Glass in The Revenant, a man who is left for dead by his group of fur trappers after being viciously attacked by a bear. Leo’s award was hardly a surprise to many, given what he went through to be able to deliver such a realistic and powerful portrayal, however the question remains whether you can predict winners using data analytics alone?

The BBC and the Independent released articles prior to the awards ceremony, asking exactly this question. According to their reports, tech firms had claimed that you can predict winners without even watching the films by using a formula and analytical data. Research companies, Clarabridge and Cognizant claimed they could be 64% confident that The Revenant would win Best Picture. Although that percentage doesn’t appear particularly high, it’s far greater than the 7.2% confidence given to the eventual winner, Spotlight. The data analysed included 150 variables from gross profit to percentage of female viewers and even used emotional reactions such as anger to calculate ‘sentiment’ through big data analytics and pattern spotting algorithms. 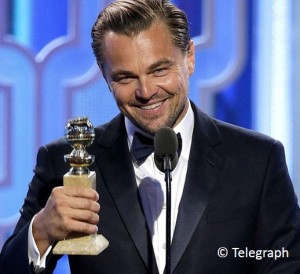 Their predictions contrast to what the bookies thought. According to the BBC, both William Hill and Paddy Power both thought that Spotlight had the second best chance of winning, albeit behind The Revenant. These discrepancies are based on the different approaches – the bookies use human views including reviews and press reports whereas the tech firms rely purely on the data and algorithms.

Now whilst neither method was perfect in this instance, what can be said is that while data can be incredibly powerful and useful, human intuition and insight must be used to generate the greatest value from your data.

If you would like to read the articles I have referred to in this piece, please view the attached links:

Given this is on Oscars based article, have a go at this quiz to see how much you know about the annual Academy Awards.

To get an interesting breakdown of this year’s Oscars, take a look at this interactive page from data visualization experts, tableau: