A Snehalaya story with Harshna 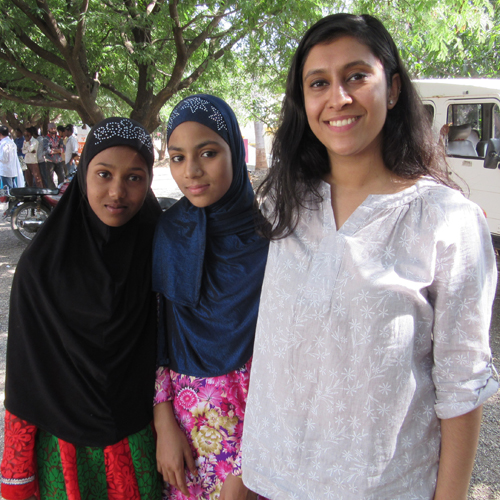 I first visited Snehalaya (Home of Love in English) in India with my university volunteering abroad program, in December 2012 for 3 weeks and instantly felt attached to the children and staff. I decided to go back the following year via the same program but with a different team as an Assistant Team Leader. I always knew I would return again and again after university, and luckily my fabulous manager at DataConsulting approved my recent 3 week trip in November 2016. Below is short summary about Snehalaya, what I got up to and how data was used for the good.

A little about Snehalaya

Established in 1989 by Dr Girish Kulkarni, the NGO has come a long way. From delivering education programmes for a small number of children of sex workers and palliative care for people affected by AIDS; Snehalaya now touches the lives of 29,000 beneficiaries across 16 projects, in core areas of education, rehabilitation, health care and awareness, mainly in the area of Ahmednagar, Maharashtra.

Girish has been recognised by the Indian President for his outstanding contribution to promoting change for India’s ‘hidden’ population and is the inspiration for all 330 staff, volunteers and many children. For the first time in the history of Snehalaya, there were no HIV-related deaths in the main rehabilitation centre in 2016 where approximately 130 HIV+ children reside alongside HIV+ adults.

My trip consisted of teaching English to children who were from the rehabilitation centre itself and surrounding slums. I concentrated on building their confidence by taking small groups out of class to practice reading and speaking English. After school, I had some time to myself usually in the form of a quick nap as the extremely energetic children seemed to be stealing my energy!

Feeling refreshed, after naptime came a range of activities until dinner at 7pm, usually playing cricket with the boys, spending time with the girls discussing the best-looking Bollywood actor (we agreed to disagree), learning from the kids in the Earth Studio who were brilliant at creating clay figures and jewellery and my favourite, playing classic games of tig with the younger children from the Early Intervention Centre. This normally involved fearing for their lives as they jumped across the top of several bunk beds just to escape me. 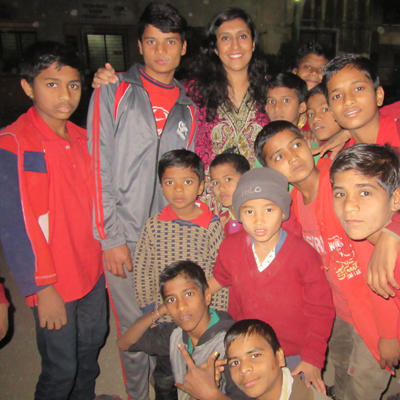 After dinner, I spent time in each of the dorm rooms helping with homework providing it wasn’t in their mother tongue, Marathi. Some evenings were with the new kids on the block from Kashmir. There were six boys aged between 7 and 14 who were brought to Snehalaya to escape the possibility of being recruited by terrorists back home. They spoke about how they missed their parents and sisters but were extremely grateful to Snehalaya for giving them education, food and shelter. Their lives would have been very different had they have remained in Kashmir. Their dorm room was lovingly decorated with photos of their hometown and classic Kashmiri-style decorations; it was heart-warming to see how well the boys had settled in.

After learning about some of the office staff’s work, I had an ‘aah’ moment. The Fundraising Department and Sunil, the Monitoring and Evaluation officer, described how difficult it had been to produce reports and graphs in Excel sliced in specific ways. Tableau immediately sprung to mind.

I held a tutorial in the conference room to show how visualisations can be made on the software with their own data.  They were surprised to see how easily they were able to create the brilliant visualisations they required in a few clicks and I spent time with individual staff to go through their specific data. Regarding donations, we created charts showing donation frequency by individuals over time; donation amounts over time and their favourite, donation amounts mapped geographically onto a heat map (everyone loves a heat map).

Plenty of time was spent with Sunil who had vast amounts of data eagerly waiting for me, in addition to a report checklist. We created many workbooks; fuel costs of Snehalaya’s vehicles over time, the demographic of visitors to the organisation and the children’s physical growth (weight and height) by dorm over time.

In addition to Tableau, ACL Analytics also came into good use. I discovered that a volunteer was attempting to cleanse a c.20,000 record donor list in readiness for the upcoming CRM software installation by spending a few hours each night.  I admired the dedication but immediately asked if I could look at a sample of the data. After returning to our Wakefield office, I spent a couple of hours creating a script and now the volunteer can enjoy catching up on lost sleep.

My trip to Snehalaya was, without a doubt, my favourite so far. It felt great to use my DataConsulting skills for a cause I feel so close to, in addition to volunteering just as before.  After seeing the same children 3 years older it was humbling to hear about their ambitions, as well as seeing them work so hard at school. This definitely won’t be my last trip so watch this space for an update after my next!